Down here in the Deep South, August is typically a steamy month and this year hasn’t disappointed.  Over the Labor Day weekend, some decided to beat the heat by going alligator hunting.   Apparently, the season has opened.  This alligator weighed in at a whopping 723.5 pounds only to be ousted out of the state record, an hour later, by a gator weighing in at 727 pounds and 13 feet 4-1/2 inches long.  Incredible!  To read more, click on the picture.

I hate to disappoint you… My weekend was not filled with gator hunting.  I did, however, finish Pardonable Lies by Jacqueline Winspear which has Maisie remembering the words of her mother about slaying your dragons.   I don’t think an alligator is what she had in mind.

What I’ve read for August:

A strange mix of books, isn’t it?!   In my defense, some were for book club.   Pardonable Lies was my favorite for the month. 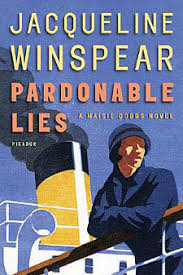 The month of August, Honey Do and I caught the Downton Abbey fever and devoured seasons 1-3.  We have also been glued on Tuesday nights watching  So You Think You Can Dance.  I never cease to be amazed by the talent people possess.  The last couple of weeks have had particularly good routines.
We saw Percy Jackson: Sea of Monsters and The Mortal Instruments: City of Bones.  In our estimation, neither will win major awards but they were entertaining.

By far the biggest projects this month:

I wonder, what September will have in store??

“Since no man knows the future, who can tell him what is to come?”
Ecclesiastes 8:7  NIV Bible